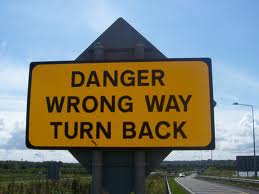 Scripture if full of warnings.  For the true Christian, there are many times in the New Testament we are warned, with urgency!  It is with urgency that I write this post, which is actually an addendum to yesterday’s post:  Overpopulation of Wolves

“As I urged you when I went into Macedonia–remain in Ephesus that you may charge some that they teach no other doctrine,  nor give heed to fables and endless genealogies, which cause disputes rather than godly edification which is in faith.  Now the purpose of the commandment is love from a pure heart, from a good conscience, and from sincere faith,  from which some, having strayed, have turned aside to idle talk,  desiring to be teachers of the law, understanding neither what they say nor the things which they affirm.  But we know that the law is good if one uses it lawfully,  knowing this: that the law is not made for a righteous person, but for the lawless and insubordinate, for the ungodly and for sinners, for the unholy and profane, for murderers of fathers and murderers of mothers, for man slayers, for fornicators, for sodomites, for kidnappers, for liars, for perjurers, and if there is any other thing that is contrary to sound doctrine, according to the glorious gospel of the blessed God which was committed to my trust.”

Again in chapter 4 the words are more stern, with a warning and a blessing!

” Now the Spirit expressly says that in latter times some will depart from the faith, giving heed to deceiving spirits and doctrines of demons,  speaking lies in hypocrisy, having their own conscience seared with a hot iron,  forbidding to marry, and commanding to abstain from foods which God created to be received with thanksgiving by those who believe and know the truth.  For every creature of God is good, and nothing is to be refused if it is received with thanksgiving;  for it is sanctified by the word of God and prayer.  If you instruct the brethren in these things, you will be a good minister of Jesus Christ, nourished in the words of faith and of the good doctrine which you have carefully followed. But reject profane and old wives’ fables, and exercise yourself toward godliness.”

We do live in a time like no other, all anyone needs to do is look at technology to see that.  Our country is morally bankrupt (for the most part), our leaders are headed in dangerous directions and the Church…  well you assess for yourself.   This is a time to search your own heart in the mirror of the Word, by the Holy Spirit who gently discerns the truth of Scripture for us.  There is much happening “in the world”… but what is going on in YOUR world?  I am only able to write this, because of late our Lord Jesus Christ is pointing out things in my life that MUST be taken care of.  I praise Our Wonderful Father for His unending mercy, forgiveness and the “newness” of life He gives to all who will follow Our Savior!

“Christians are like the several flowers in a garden that have each of them the dew of Heaven, which, being shaken with the wind, they let fall at each others roots, whereby they are jointly nourished, and become nourishers of each other.”  John Bunyun

I love you my dear sisters and brothers in Christ!

6 thoughts on “Warnings Given With Love”

Either the Word of God is absolute; or it is obsolete! -- Ravenhill

If you use any of the articles, photographs and/or related materials from this blog, please share the blog's title and author Stephanie Streim. All materials are exclusively copyrighted.