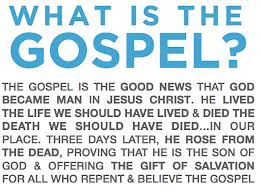 **Initial post Match 8, 2012.  It’s a year later, and I see another distressing Gospel being preached.  I call it the ‘gaudy gospel’ — filled with all the adornments of a harlot.  A false gospel spreading at an astronomical rate.  Megachurches; prosperity gospels; feel good gospels ;more about man than about our LORD God!  I realize each day we are one day closer to the return of our Lord Jesus Christ… and that means according to God’s Word, we are also being turned away from the truth with deceitful lies.**

Everyday I see, hear or notice something in the news that truly distresses my spirit.  One example that really gets me is the concept of being “politically correct”.  The Free Online Dictionary defines this: demonstrating progressive ideals, especially by avoiding vocabulary that is considered offensive, discriminatory, or judgmental, especially concerning race and gender. My interpretation is: don’t say or act in any way that may disturb another person’s beliefs or lifestyle.  So that leaves us with beliefs and lifestyles where there is no “real” standard to live by.

So…it’s a free for all right?  To each his own. We each can create whatever religious, spiritual or Christian belief system we want and it’s fine with God.  Wrong!

This isn’t anything new!  The Apostle Paul dealt with systems of belief similar to this in Acts on his first visit to Athens and this is what he said~read it, it might make you look deeper than the surface!

Acts 17: 16-21 “While Paul was waiting for them in Athens, he was greatly distressed to see that the city was full of idols.  So he reasoned in the synagogue with the Jews and the God-fearing Greeks, as well as in the marketplace day by day with those who happened to be there.  A group of Epicurean and Stoic philosophers began to dispute with him. Some of them asked, “What is this babbler trying to say?” Others remarked, “He seems to be advocating foreign gods.” They said this because Paul was preaching the Good News about Jesus and the resurrection. Then they took him and brought him to a meeting of the Areopagus,where they said to him, “May we know what this new teaching is that you are presenting?  You are bringing some strange ideas to our ears, and we want to know what they mean.”  (All the Athenians and the foreigners who lived there spent their time doing nothing but talking about and listening to the latest ideas.)”

1.)  Epicureans completely denied a Divine Creator, and believed the world to be the effect of mere chance.  They also asserted that sensual pleasures were meant for man’s chief good, and that the soul and body died together.

3.) The meeting at Areopagus was actually called Mars Hill, the place of the heathen god of war.  This is where all the leaders in Athens would hold their judicial meetings.  It doesn’t seem as though Paul was brought there to be judged, but rather to be questioned about his teachings.  In verse 21 we are told that “All the Athenians and the foreigners who lived there spent their time doing nothing but talking about and listening to the latest ideas.”  Sound familiar?

Somehow,the philosophies of the Epicureans and Stoics have crept in (like wolves in sheep’s clothing Matthew 7:15) to some very strong Christian churches.  Prominent Christian authors are voicing the same ideas and even long-standing Christian organizations are changing their fundamental doctrines because of this.  What happens when you mix the truth of Gospel with the world’s philosophies?  You get an artificially sweetened Gospel!  It sounds good, feels good, tastes good but it’s spiritually deadly!

“So Paul, standing before the Council, addressed them as follows: “Men of Athens, I notice that you are very religious, for as I was walking along I saw your many altars. And one of them had this inscription on it — ‘To an Unknown God.’ You have been worshiping him without knowing who he is, and now I wish to tell you about him.  “He is the God who made the world and everything in it. Since he is Lord of heaven and earth, he doesn’t live in man-made temples, and human hands can’t serve his needs — for he has no needs. He himself gives life and breath to everything, and he satisfies every need there is.  From one man He created all the nations throughout the whole earth. He decided beforehand which should rise and fall, and He determined their boundaries. “His purpose in all of this was that the nations should seek after God and perhaps feel their way toward him and find him — though He is not far from any one of us.  For in him we live and move and exist. As one of your own poets says, ‘We are his offspring.’  And since this is true, we shouldn’t think of God as an idol designed by craftsmen from gold or silver or stone.  God overlooked people’s former ignorance about these things, but now He commands everyone everywhere to turn away from idols and turn to him.  For He has set a day for judging the world with justice by the man He has appointed, and He proved to everyone who this is by raising Him from the dead.” When they heard Paul speak of the resurrection of a person who had been dead, some laughed, but others said, “We want to hear more about this later.”  That ended Paul’s discussion with them”

As you read this portion of God’s Holy Word, it is my sincere prayer, that without any doubt you see the Truth of the Gospel of Jesus Christ. ♥ Streim 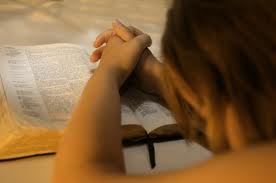 Either the Word of God is absolute; or it is obsolete! -- Ravenhill
Join 783 other subscribers

If you use any of the articles, photographs and/or related materials from this blog, please share the blog's title and author Stephanie Streim. All materials are exclusively copyrighted.
%d bloggers like this: